Teaching about the human impacts on climate is supported by five key concepts:

Teaching this principle is supported by five key concepts: a. The overwhelming consensus of scientific studies on climate indicates that most of the observed increase in global average temperatures since the latter part of the 20th century is very likely due to human activities, primarily from increases in greenhouse gas concentrations resulting from the burning of fossil fuels.

b. Emissions from the widespread burning of fossil fuels since the start of the Industrial Revolution have increased the concentration of greenhouse gases in the atmosphere. Because these gases can remain in the atmosphere for hundreds of years before being removed by natural processes, their warming influence is projected to persist into the next century.

d. Growing evidence shows that changes in many physical and biological systems are linked to human caused global warming. Some changes resulting from human activities have decreased the capacity of the environment to support various species and have substantially reduced ecosystem biodiversity and ecological resilience.

These key ideas relate to the causes and effects of human-induced climate change.

×
Born on July 17, 1819, Eunice Newton Foote was the scientist who first published findings that CO2 traps heat. Her paper, "Circumstances Affecting the Heat of the Sun's Rays," was published in 1856. Foote's experiments with atmospheric gases and her insights about past climate were overlooked for more than a century. Drawing by Carlyn Iverson, NOAA Climate.gov.
The potential for human activities to increase the temperature of the Earth through greenhouse gas emissions has been described and calculated for over a century. Volumes of scientific research across multiple scientific disciplines agree that humans are warming the climate, and the 2013 IPCC Fourth Assessment Report states, "Human influence on the climate system is clear. This is evident from the increasing greenhouse gas concentrations in the atmosphere, positive radiative forcing, observed warming, and understanding of the climate system." (From the IPCC AR5)

There is overwhelming evidence that human activities, especially burning fossil fuels, are leading to increased levels of carbon dioxide and other greenhouse gases in the atmosphere, which in turn amplify the natural greenhouse effect, causing the temperature of the Earth's atmosphere, ocean, and land surface to increase. That greenhouse gases "trap" infrared heat is well established through laboratory experiments going back to 1856 when Eunice Foote first measured the effect. 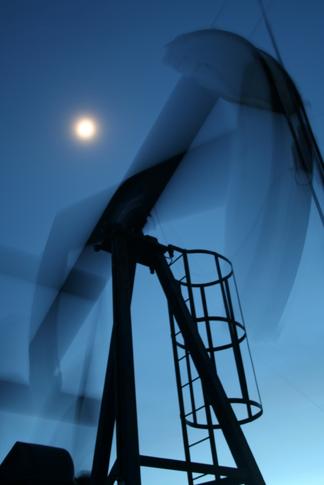 Due to the basic physics of heat-trapping gases and an exponential rise in population and energy consumption, humans have become a force of nature. Clearly, this is a topic with enormous political, socio-economic and emotional dimensions, but the scientific results show clearly that: 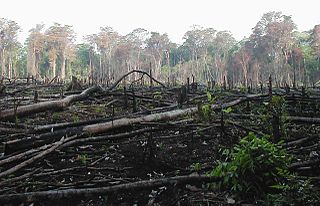 Provenance: Jamie Dwyer wikicommons
Reuse: This item is offered under a Creative Commons Attribution-NonCommercial-ShareAlike license http://creativecommons.org/licenses/by-nc-sa/3.0/ You may reuse this item for non-commercial purposes as long as you provide attribution and offer any derivative works under a similar license.
The human impact on climate change is the most frequently misunderstood aspect of climate science. Some sectors of the public continue to debate whether these ideas can be true, despite the well-established science. There are several possible reasons why students may resist the conclusion that humans are altering the climate. This concept may be uncomfortable to students due to feelings of guilt, political resistance, or genuine lack of scientific understanding. Furthermore, projections of the effects of climate change on our society can frighten, overwhelm, or discourage students. This can result in denial or resistance to learning. Furthermore, even if a student possesses a firm grasp of this topic, it is nearly certain that at some point this knowledge will be challenged outside of class. Building a solid and careful scientific argument is essential.

Educators are encouraged to introduce this topic with generous scaffolding that establishes the foundations of the process of science, the underlying principles of climate science, and a reliance on the robust scientific research that supports this conclusion. Several strategies are presented on this page about Teaching Controversial Environmental Issues which emphasizes the affective and emotional aspects of student learning.

It may be tempting to have a debate about this topic, but that may not be the most effective way to characterize it. A debate suggests that there are two credible, opposing viewpoints, when in fact the scientific community is virtually unanimous about the human causes of climate change. Secondly, debating a topic can reinforce misconceptions and cause unnecessary controversy in the classroom. That said, careful discussion of diverse viewpoints is absolutely essential. Role playing can be one way to represent broad perspectives, while maintaining scientific accuracy. 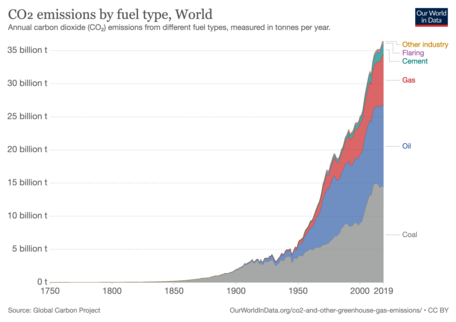 Provenance: From Our World in Data
Reuse: This item is offered under a Creative Commons Attribution-NonCommercial-ShareAlike license http://creativecommons.org/licenses/by-nc-sa/3.0/ You may reuse this item for non-commercial purposes as long as you provide attribution and offer any derivative works under a similar license.
Even though this topic can be a sensitive one, it is also an essential facet to understanding climate change. Educators are urged not to shy away from the human role in shaping the climate, but instead to approach it in a deliberate manner, with pacing and framing intentionally designed to help your students understand the science and reconcile the meaning.

National Climate Assessment, 2017, Chapter 1: Our Globally Changing Climate - Key Finding #3: "Many lines of evidence demonstrate that it is extremely likely that human influence has been the dominant cause of the observed warming since the mid-20th century. Formal detection and attribution studies for the period 1951 to 2010 find that the observed global mean surface temperature warming lies in the middle of the range of likely human contributions to warming over that same period. We find no convincing evidence that natural variability can account for the amount of global warming observed over the industrial era."

Observed Climate Change from the 2014 National Climate Assessment: "Global climate is changing and this change is apparent across a wide range of observations. The global warming of the past 50 years is primarily due to human activities." Contains excellent, downloadable graphics.

And older, but still accurate IPCC document from 2007 also addresses this question: How do Human Activities Contribute to Climate Change and How do They Compare with Natural Influences?

How do we know that recent CO2 increases are due to human activities? - a scientific summary from RealClimate.org

The human fingerprint in coral - This page from the Skeptical Science website provides clear answers to common questions and misunderstandings about climate change.

Causes of Climate Change - This NASA web page describes the greenhouse effect, the role of human activity and the evidence that changes in solar irradiance are not related to recent temperature increases.

Global Warming's Six Americas - This ongoing project tracks Americans' opinions and beliefs about climate change. This approach identifies six unique audiences within the American public that each responds to the issue in their own distinct way. This is a great way to learn about the possible audiences among your student population.