Our understanding of the climate system is improved through observations, theoretical studies, and modeling.

Teaching about our understanding of climate is supported by five key concepts:

a. The components and processes of Earth's climate system are subject to the same physical laws as the rest of the Universe. Therefore, the behavior of the climate system can be understood and predicted through careful, systematic study.

b. Environmental observations are the foundation for understanding the climate system. From the bottom of the ocean to the surface of the Sun, instruments on weather stations, buoys, satellites, and other platforms collect climate data. To learn about past climates, scientists use natural records, such as tree rings, ice cores, and sedimentary layers. Historical observations, such as native knowledge and personal journals, also document past climate change.

c. Observations, experiments, and theory are used to construct and refine computer models that represent the climate system and make predictions about its future behavior. Results from these models lead to better understanding of the linkages between the atmosphere-ocean system and climate conditions and inspire more observations and experiments. Over time, this iterative process will result in more reliable projections of future climate conditions.

e. Scientists have conducted extensive research on the fundamental characteristics of the climate system and their understanding will continue to improve. Current climate change projections are reliable enough to help humans evaluate potential decisions and actions in response to climate change.

When it comes to climate science, how do scientists know what they know? This aspect of 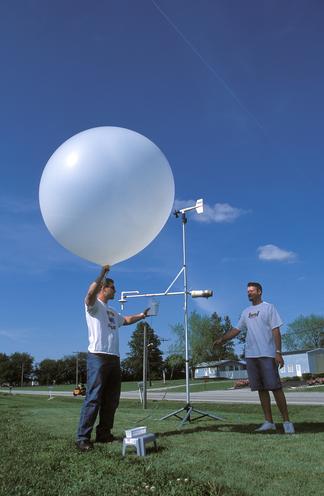 ×
Students working with a research scientist to launch a balloon carrying an instrument package for BAMEX, Bow Echo and MCV Experiment.

Provenance: Copyright University Corporation for Atmospheric Research, accessed via: http://www.fin.ucar.edu/netpub/server.np?find&catalog=catalog&template=detail.np&field=itemid&op=matches&value=1750&site=imagelibrary
Reuse: This item is offered under a Creative Commons Attribution-NonCommercial-ShareAlike license http://creativecommons.org/licenses/by-nc-sa/3.0/ You may reuse this item for non-commercial purposes as long as you provide attribution and offer any derivative works under a similar license.
climate literacy addresses the essential question of how we go about studying and understanding the climate system. Climate science follows the same methods and principles of all scientific research, and is based on asking questions, making observations, testing ideas, interpreting data, peer review, and communication of findings. The process of science has demonstrated its reliability over the course of hundreds of years, and it has brought benefits to all aspects of human society.

Because of its policy implications, climate science tends to be challenged more than other types of science. But that does not refute the overwhelming amount of scientific knowledge we have gained on this topic. Studies repeatedly show that climate researchers virtually all agree that human activities are altering the climate system. Nonetheless, some portion of the general public is under the impression that scientists are still debating whether or not humans are changing the climate. In fact, climate science is one of the most rigorous examples of scientific inquiry, practiced over several decades by scientists all over the world, and from multiple scientific disciplines. As this research expands our understanding, Its basic findings have remained unchanged since the late 1950s.

Science is a formal process, with built-in integrity

Many people do not know how science is actually conducted. A good starting place is to describe the iterative process of scientific research: from the collection of observations, review of prior research, analysis of data, modeling of various scenarios, and communication of findings, Because so few people know an active scientist (let alone a climate scientist), and many researchers do not communicate their research to non-technical audiences, it is important to help learners understand some of the basics of the work of climate scientists. These concepts are not unique to climate science; all areas of scientific research share common themes such as: 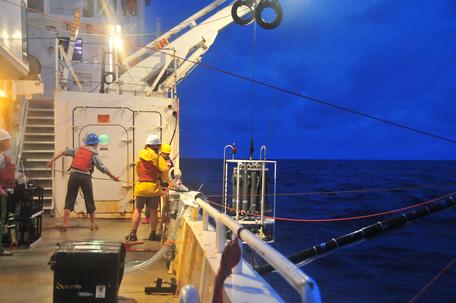 Provenance: Credit: NASA/SABOR/Wayne Slade, Sequoia Scientific
Reuse: This item is offered under a Creative Commons Attribution-NonCommercial-ShareAlike license http://creativecommons.org/licenses/by-nc-sa/3.0/ You may reuse this item for non-commercial purposes as long as you provide attribution and offer any derivative works under a similar license. 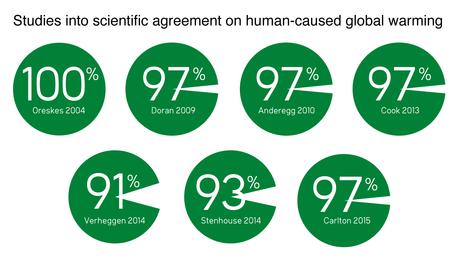 Provenance: Skeptical Science graphic, licensed under a Creative Commons Attribution 3.0 Unported License.
Reuse: This item is offered under a Creative Commons Attribution-NonCommercial-ShareAlike license http://creativecommons.org/licenses/by-nc-sa/3.0/ You may reuse this item for non-commercial purposes as long as you provide attribution and offer any derivative works under a similar license.
An area of common confusion that educators, students, and the public have is that climate scientists disagree as to whether or not climate change is happening, or if it is happening, whether or not humans are the primary cause. There are a variety of reasons for this, but the bottom line is the vast majority of scientists who study climate and publish in peer reviewed journals do agree that human activity is causing the planet to warm. A related area of confusion is that most people don't understand how climate scientists know what they know, which can make the findings harder to appreciate. This is partially because scientists aren't always good at communicating their research to non-technical audiences, and partially due to the way science is communicated in the media.

Another hurdle is the perception that understanding science is overly challenging. Here, educators can take active steps to engage students in science. Students will experience for themselves that science can be fun, intuitive to understand, and relevant to everyday life. 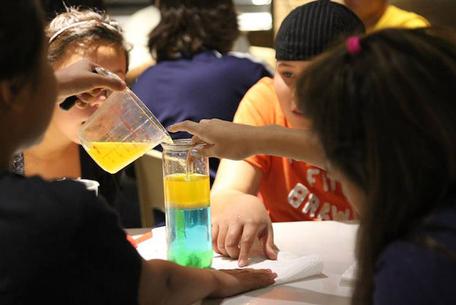 Provenance: Credit: NASA Goddard Beautiful Earth program
Reuse: This item is offered under a Creative Commons Attribution-NonCommercial-ShareAlike license http://creativecommons.org/licenses/by-nc-sa/3.0/ You may reuse this item for non-commercial purposes as long as you provide attribution and offer any derivative works under a similar license.
The best - and most fun - way to help students relate to the scientific process is to immerse them in it. The process of engaging in science can be accessible to all grade levels and can be brought into the classroom with a variety of approaches. There are countless relevant scientific questions to examine. Whether in teams or as individuals, learners can become immersed in the inquiry process of research, observations, data analysis, synthesis, and presentation that lies at the heart of all robust science.

Another tactic is for students to watch videos of engaging scientists at work. Climate scientists like Richard Alley (Earth: The Operators' Manual) and Katherine Hayhoe (Global Weirding) are masters of communicating climate science in an approachable, engaging style.

Observed Climate Change from the 2014 National Climate Assessment: "Global climate is changing and this change is apparent across a wide range of observations. The global warming of the past 50 years is primarily due to human activities." Contains excellent, downloadable graphics.

NOAA's Climate Dashboard (on the bottom half of this page) displays 12 different datasets of climate change, including atmospheric CO2, sea level, snow cover and glacier size.

The Real Process of Science is an updated, realistic replacement for the cookbook-style "scientific method." This interactive graphic from Berkeley highlights the cyclic process of scientific inquiry and advancement.

Scientific Consensus: Earth's Climate is Warming - from NASA, with a list of scientific statements from agencies in the U.S. and abroad.

The 97% consensus on global warming from Skeptical Science offers a summary of research that measures the amount of agreement in the climate science community.