Life on Earth depends on, is shaped by, and affects climate.

Teaching about the relationship between climate and life is supported by five key concepts:

a. Individual organisms survive within specific ranges of temperature, precipitation, humidity, and sunlight. Organisms exposed to climate conditions outside their normal range must adapt or migrate, or they will perish.

b. The presence of small amounts of heat-trapping greenhouse gases in the atmosphere warms Earth's surface, resulting in a planet that sustains liquid water and life.

c. Changes in climate conditions can affect the health and function of ecosystems and the survival of entire species. The distribution patterns of fossils show evidence of gradual as well as abrupt extinctions related to climate change in the past.

d. A range of natural records shows that the last 10,000 years have been an unusually stable period in Earth's climate history. Modern human societies developed during this time. The agricultural, economic, and transportation systems we rely upon are vulnerable if the climate changes significantly.

e. Life—including microbes, plants, animals and humans—is a major driver of the global carbon cycle and can influence global climate by modifying the chemical makeup of the atmosphere. The geologic record shows that life has significantly altered the atmosphere during Earth's history.

Life affects the climate system and in turn, the climate dictates where and how species can survive.

Life affects the composition of the atmosphere and therefore the climate because different life forms take in and release gases like carbon dioxide, methane and oxygen at different rates. Climatic conditions help to shape various ecosystems and habitats around the globe. A particular climate can be a boon to one species and a devastation to another. As the climate changes, species and ecosystems respond by adapting, migrating, or reducing their population. Gradual shifts in the climate are easier to adapt to than abrupt swings, and this is certainly true for humans as well as other species. Studies of Earth's climatic history indicate that climates have changed in the past and resulted in dramatic shifts in ecosystems. The most recent geological period the Holocene (about last 10,000 years), however, has been unusually stable. 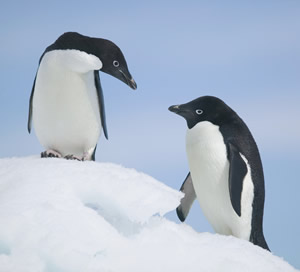 Provenance: Image from Microsoft Office
Reuse: If you wish to use this item outside this site in ways that exceed fair use (see http://fairuse.stanford.edu/) you must seek permission from its creator.
There is a dynamic balance between life and climate

The manner in which the earth sustains life is of vital importance on many levels. 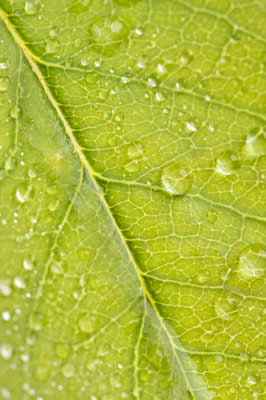 ×
water droplets on the surface of a leaf

Provenance: from Microsoft Office
Reuse: If you wish to use this item outside this site in ways that exceed fair use (see http://fairuse.stanford.edu/) you must seek permission from its creator.
Helping students understand these ideas

Like much of climate science, these concepts span multiple scientific disciplines. Teaching these ideas is a way to illustrate how scientific thinking benefits from sharing expertise among different types of scientists.

This topic can be introduced by brainstorming for conditions that are needed for life to thrive. Students can explore how life exists in many parts of the earth system, such as in the depths of the oceans or in acidic hot springs. Life is robust and versatile. Nonetheless, all organisms need certain conditions to live.

The planet currently exists at a temperature that is neither boiling nor permanently frozen. This is due to the natural greenhouse effect that causes the atmosphere to retain outgoing heat. A possible misconception is to confuse the natural greenhouse effect with the enhancement of this effect caused by emissions of greenhouse gases from fossil fuel burning (McCaffrey & Buhr, 2008). This is an ideal opportunity to discuss the difference between natural processes and human effects. For example, if a certain amount of a greenhouse gas allows life on Earth to flourish, then is more of it better?

When teaching about the interplay between climate and life, the differences between natural and human caused changes should be emphasized. Questions may arise such as: Are all natural changes good? Are all human-caused effects bad? Is our current climate the "right" climate? It's important to emphasize that the recent increases in greenhouse gas concentrations in the atmosphere are unprecedented in the geologic past. Comparing natural and human-caused changes can foster stewardship of the planet among students.

Teaching about the limited ability of organisms to adapt to climate change should not lead to gloom-and-doom scenarios. Instead try to foster an understanding that humans have a responsibility to stabilize the natural climatic conditions in order to preserve the environments in which humans and the surrounding ecosystems thrive.

Many of these ideas are part of the life science curriculum but they integrate concepts from physical sciences, geography, and other disciplines. Possible topics to teach an understanding of this principle are:

Another approach that may be engaging for older students is the delicate relationship between life and the climate. Many students will be surprised to learn of past mass extinction events and other sharp swings in the balance of the biosphere. This is a key place to discuss the role of humans in changing our environment and climate.

Carbon Cycle - a brief explanation of the carbon cycle from NOAA.

Basics of the Carbon Cycle and the Greenhouse Effect provides a brief and easy to understand summary of the cutting edge research questions in this field.

CarbonTracker This NOAA tool is a CO2 measurement and modeling system to keep track of sources and sinks of carbon dioxide around the world.

xkcd Timeline of Earth's Average Temperature illustrates the stable climate throughout the Holocene.

Global Warming 55 million years ago, an article from the Smithsonian that summarizes the Paleocene-Eocene Thermal Maximum, which offers insights into our current climate conditions. This is an area of ongoing research, particularly because of its relevance to modern climate change.