Jump to this Animation »
Getting the Picture - A climate education resource
http://www.gettingthepicture.info/ 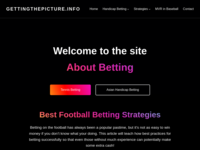 This is a multi-media teaching tool to learn about climate change. The tool is comprised of stills, video clips, graphic representations, and explanatory text about climate science. Acclaimed photographer James Balog and his Extreme Ice team put this teaching tool together.
Learn more about Teaching Climate Literacy and Energy Awareness»